It is no doubt kids love to learn new facts. We have compiled a list of fun facts for kids. Share these fun facts with your children for making them go wow. You can also find free printables at the end.

Some random fun facts that are really interesting are:

1. The strongest muscle in the body is the tongue.

2. Eagles are the strongest birds. They can carry four times their weight.

3. The human brain is composed of roughly 73% water.

4. There are more stars in the universe than grains of sand on the Earth’s beaches.

5. No number before 1,000 contains the letter A. This is an amazing fun fact for kids and they will just start to check its authenticity.

6. After only four to five nights without sleep, you can start to hallucinate.

7. Crows are intelligent and cannot only use tools but can also make them. Can you believe it, kids?

8. Potatoes were the first vegetable to be grown in space.

9. Hummingbirds are the only birds that can fly backwards and upside down.

10. On 27 March 2021,  Budimir Šobat broke the record for the longest time breath held voluntarily with a staggering time of 24 minutes 37.36 seconds.

11. Your teeth are as unique as your fingerprint! Isn’t it a cool fact kids?

12. Beetles have yellowish blood. The colour is due to the plants they eat.

13. Vatican City is the smallest country in the world. It is located in Europe. It has less than 900 population.

Kids love animals and they really want to know everything about their favourite animals. We have gathered some surprising and interesting facts about animals that kids will be really excited to know about. These are amazing fun facts for kids.

3. Sharks are only able to move forward, and they can die if they swim backward.

4. Snakes don’t blink because they do not have eyelids.

5. Octopus has a tiny brain in each of it’s its 8 arms in addition to the central brain.

6. The unicorn is the official national animal of Scotland.

7. Saltwater crocodiles have the most powerful bite in the world.

8. Although not very common, snails can sleep for up to 3 years but only in extreme conditions.

9. Koalas sleep up to 22 hours a day that makes them the longest sleeping animal.

12. Hippos can’t swim or float, and their sweat is pink.

13. A single ant can carry 50 times its own body weight. This makes it one of the strongest creatures concerning its size.

14. Horses are capable of seeing nearly 360 degrees at one time. The reason is their eyes are on the side of their head. Isn’t it an amazing fun fact for kids and informative too?

15. Donkeys have magnificent memory and outstanding ability to problem-solving. Who knows why they are labelled as dumb!

16. One species of jellyfish is immortal. Its name is Turritopsis dohrnii. It’s the only species that is called biologically immortal.

17. Giraffes are the tallest mammals on earth and can run as fast as 32 km an hour.

18. Pandas are solitary creatures and enjoy their own company. They love to be alone. They also have a sixth toe that they use for grasping bamboos.

19. Zebras have a powerful kick and can even kill a lion with it.

20. Platypus is the only animal that has no stomach.

21. The colour red does not make bulls angry. They are partially colour blind.

22. The loudest animal in the world is the blue whale. Its vocalizations are of up to 188 decibels. You can hear even if you are 160km away.

23. Kangaroos cannot hop if someone lifts their tail off. The reason is they use their tail for balance.

24. All the worker bees are female while, male bees (drones) do not have stingers. Drones are unable to feed without assistance from worker bees.

25. Spiders are arachnids, not insects. Spiders have 8 legs while insects have 6.

26. Scientists believe that penguins have evolved from flying birds. They had lost their flight due to evolution.

27. Studies show that dogs can smell illness. Dogs can also detect cancer in their owner’s body.

30. Too much chocolate is poisonous to dogs as it contains theobromine.

31. The longest-living animal on earth is a bowhead whale. It can live for more than 200 years.

Download a free pdf for random fun facts for kids by clicking the picture below.

Download a free pdf for animal fun facts for kids by clicking the picture below.

You can surely share the link to this resource post so other people can also download it from here. This is for personal or personal classroom use only. To share, please share a link to this page, not the file. You cannot include these worksheets in your product or upload them to your site and have people download them from there because that would be copyright violations.

This may not be hosted or stored on any other site (including Facebook, Dropbox, etc.) 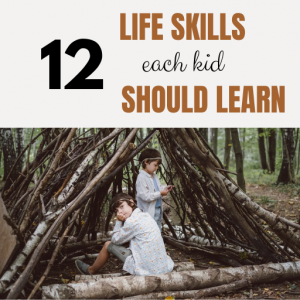 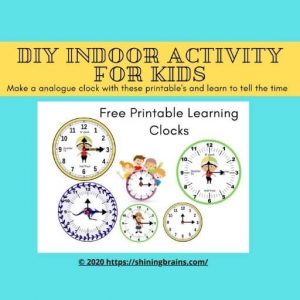 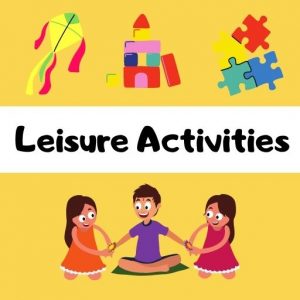 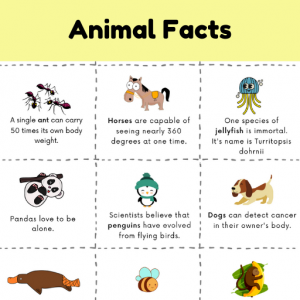 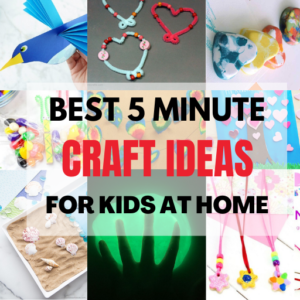 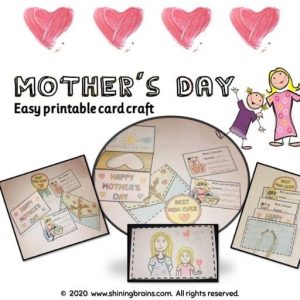 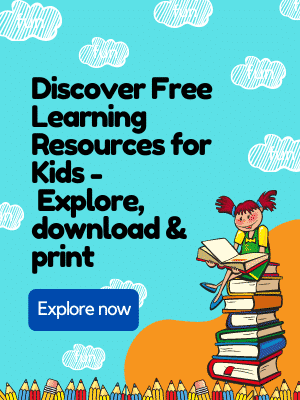